Hugging the Rock -- an Under the Radar tour stop

Today, I want to talk about a book that came out last fall. It’s a novel by Susan Taylor Brown called Hugging the Rock. This book is on the ALA and ALSC Notable Books of 2007 list, but it really didn't make the "splash" that it should have in the kidlit world.

But Kelly, you ask, weren’t all your other Under the Radar picks books of poetry? Yes. And so is this one. For those of you unfamiliar with the book, it is a novel in verse. Free verse, that is. Each poem is a scene. Sometimes it describes the actions of the characters, but always it conveys the emotional truth of the MC/narrator, Rachel, even when what Rachel says isn't true.

The first scene/poem in the book sets up the major issue for our character – and for the novel as a whole -- when Rachel's mother leaves. We learn a lot more about Rachel's mother and her particular issues as the book goes on. We learn more about Rachel's father, too, and of course we learn about Rachel. There are magnificent mega-issues here, too, like what is family? and how can we forgive those who hurt us? and we can live through awful grief and not only survive, but thrive. Small wonder that Lee Bennett Hopkins gave the book such a lovely blurb for the back cover.

When my mom decides to run away from home
she packs up her car
with all the things that matter most
to her.

The genius of this line is the surprising force and punch of those last two words. And as a reader, you already know that the MC is not getting invited into that car. You know what the problem facing the main character is, as your mind races ahead. How old is this child? Will she recover? How will she recover? And you automatically wonder, "what kind of mother can willingly leave her child?" Also, in just four lines, without knowing anything more, you’ve already chosen to side with the MC, because there is no way you can’t feel sorry for a child whose mother leaves. And you certainly can’t feel sympathy for this sort of mother. Not yet. Not until later, and even then, anger usually outweighs the modicum of sympathy there.

A second stanza much, much later in the book (p. 132, to be exact, but please don't skip to this poem/chapter if you haven't read the book yet) does the same thing. It begins:

The use of the rock imagery here not as a source of stability but as a tool of destruction brings new levels of meaning to the book, in part based on its title, and in part based on other connotations to the word "rock" used within the story. For example, Rachel’s mother calls her dad a rock, presumably meaning a steady, stable, stand-up sort of guy. But this poem makes everything warp. Maybe the Rock in the title isn’t Dad. Maybe it’s something else: maybe its an embracing of the truth; maybe it’s acceptance.

Much later, in the midst of a chapter/poem entitled The Worst Thing, Rachel and her dad are in a car, discussing some very serious matters, like the whys and wherefores of her mother's behavior. Rachel is nonverbal here, and shrugs. Dad presses on, and Rachel writes "I shrug louder." Talk about your imagery. It's genius.

Finally, the shortest poem in the book is the chapter/poem entitled Mother's Day, and I can tell you this for true: it very nearly killed me, in a readerly sort of way. Because of its brevity, the page spoke volumes. In saying little, it says so much, and it says it loudly. And what it relates is eloquent and poignant and true. But you may not skip to that page to see what I’m talking about. You must begin at the start and read all the way to there, or you will not understand what it is that I am telling you.

Because it is a novel in verse, it can be read quickly; in fact, that’s one of the touted benefits of books in free verse. But I must warn you that in its speed, it will hit you like a fist you didn’t see coming. And even though you may reach the end of the book more quickly than you might reach the end of a book in prose with the same number of pages, you will still feel the blow long after you put it down.

Hugging the Rock will not take you long to read, but it may take you forever to forget.

If you’re interested in learning more about how this book came to be, check out Susan’s interviews with Cynthia Leitich Smith and Little Willow.

And in related news, Hugging the Rock will be available in paperback in the Spring of 2008. No release date available yet. 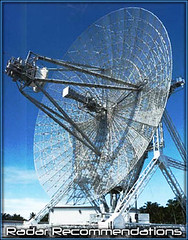 Here's a list of the other book selections today:

A Chair, A Fireplace & A Tea Cozy continues to talk about Ellen Emerson White. Today’s books? Friends for Life and Life Without Friends.

Over at Shaken & Stirred, Ms. Bond talks about The Changeover and Catalogue of the Universe, both by Margaret Mahy

Kelly Herrold at Big A, little a has an interview with Helen Dunmore, author of the Ingo series.

Little Willow at Bildungsroman talks about Swollen by Melissa Lion.

Betsy at Fuse #8 talks about The Noisy Counting Book by Susan Schade.